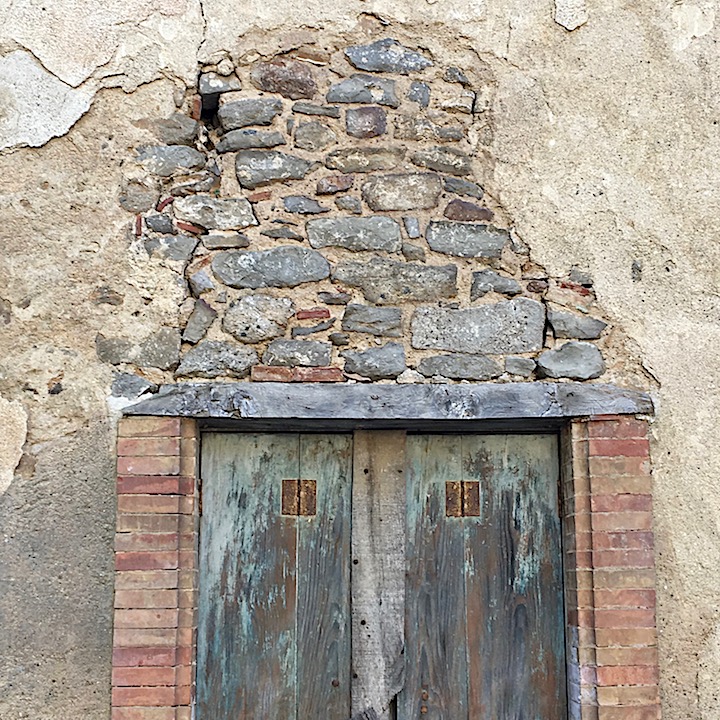 France, and especially this region of France profonde, has no shortage of adorable villages. A while ago, I took a detour home to stop and gawk in Rustiques, home to a whopping 513 residents about nine kilometers (5.5 miles) from Carcassonne. Surrounded by vineyards and pine forests, it lives up to its name, and, amazingly, it’s supposed to be the only community in France to have such an obvious name.

Rustiques dates back to about 100 B.C., when the Volques Tectosages, a Gallic tribe, settled in the forest. Then the Romans came through and possibly gave it its name, from villa rustica. Around 700 A.D., the Visigoths arrived, then the Sarrasins, then the Francs. In the 1400s, the growing lawlessness of roving bandits prompted locals to band together in a walled community around the seigneur’s château, which was at the highest point. I took so many photos that I’ll do a separate post on the château, even though it was closed when I visited.

In fact, it was so quiet I barely saw a soul. Il n’y avait pas un chat–there wasn’t a cat–as the French say.

I never get tired of wandering in these little places. 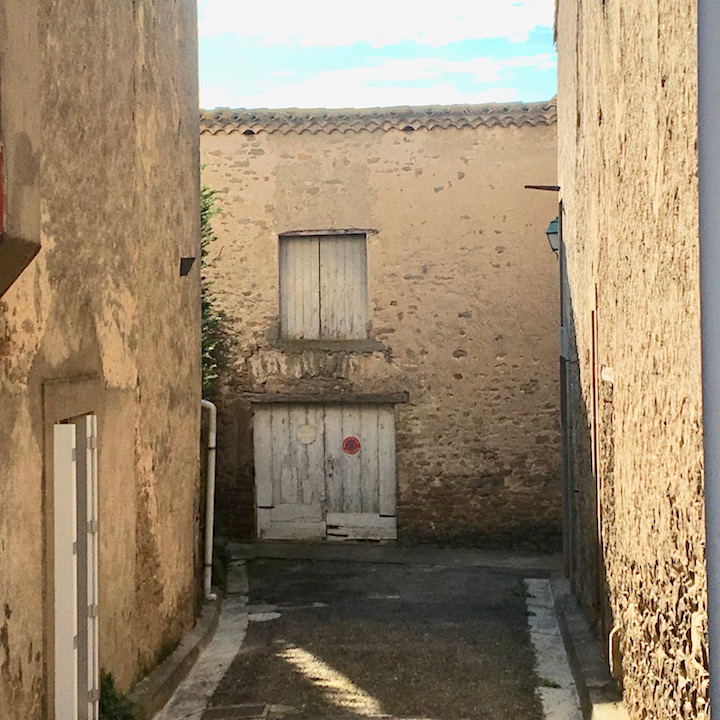 A sign told me the four banal, or the seigneur/lord’s oven, was down a little street in a house belonging to the lord, but I didn’t find any marker for it. I am a little obsessed with fours banals. In Rustiques, bread was baked twice a week, and for every 24 loaves, the people had to give one to the lord.

The four banal was to keep villages from burning down, but floods were as much of a problem as fire. Two streams join at the village and overflowed, sometimes disastrously. The village detoured one stream in 1912. There also was a lavoir, in use into the 1960s, and a big improvement from what came before–From 1899 to 1906, the town rented eight benches for washing laundry on the Canal du Midi in Trèbes, about a mile away. How convenient, eh? Not to mention clean…NOT.

There also was an impressive clock tower, built in 1897, so all the inhabitants, known as Rustiquois, would known the time of the republique. 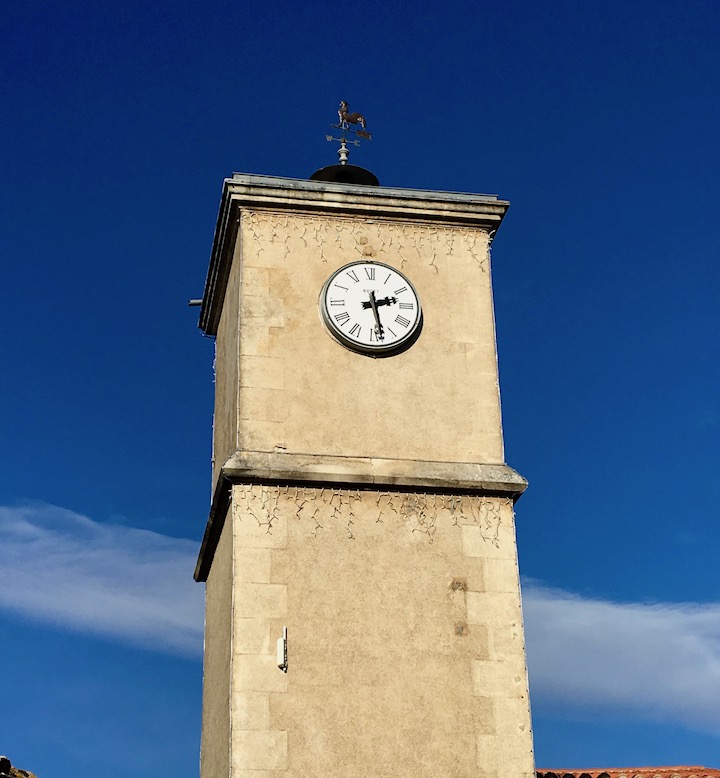 So many old, old details.

The surrounding countryside was inviting in the winter sunshine. The bare vines, Mount Alaric in the distance. 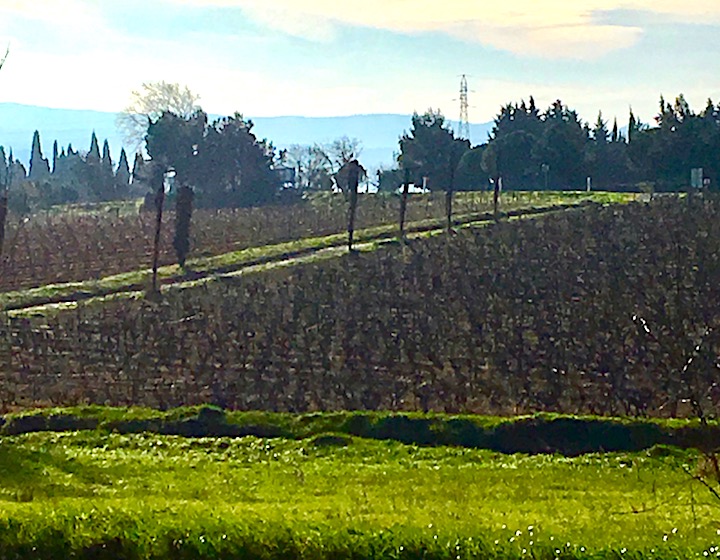 Villages like this are what make Carcassonne such a great base–they’re adorable, but you can walk around them leisurely three times and not have spent a whole hour. They’re perfect for an occasional diversion.

34 thoughts on “A Rustic French Village”