It’s time to clean up this old ruin.

The stretch of fine weather and the impending arrival of a houseguest motivated me to do some spring cleaning. Especially cleaning the windows, which my French friends do once a week but which I do quite a bit less. We have So Many Windows. And it’s such a Sisyphean task. You clean them, it rains and they get spots. Clear blue skies are forecast for another week, so I went for it. I have the song “Aquarius” by The Fifth Dimension in my head–the refrain “bear the sunshine” was in a Windex commercial many decades ago. (Check out the link to the music video! Peace and Love!)

I had the brilliant idea to treat some wood with beeswax, but it wouldn’t come out of the bottle. It is very stupid to bottle beeswax because it isn’t very runny (which reminds me of another commercial from childhood, for Heinz ketchup to the tune of Carly Simon’s “Anticipation”). I ran the bottle under hot water, then got completely spattered with wax when I opened it. Someone, not me, thought it was funny. The remaining beeswax was poured into a wide-mouth jar, which is how it should have been sold to begin with.

It’s nice to spiff up one’s stuff from time to time. Some people are all about replacing with new, but I have fidelity to my things. On Sunday, our kid made focaccia in the kitchen, chatting with me as I sat at the table with the sewing machine and dispensed with a pile of mending. So many ripped seams. Simple to fix; just takes the time to get out the machine, thread the needle (increasingly difficult), do it. My mom darned socks and patched our clothes. Mending and sewing seem very last-century, but there are zillions of videos of young women repairing and adjusting thrift-store finds. One of them inspired me to tailor some pants that I had found a little too saggy. I suspect I will wear them more now (plus I dyed them “tulip red” so they’re like new). 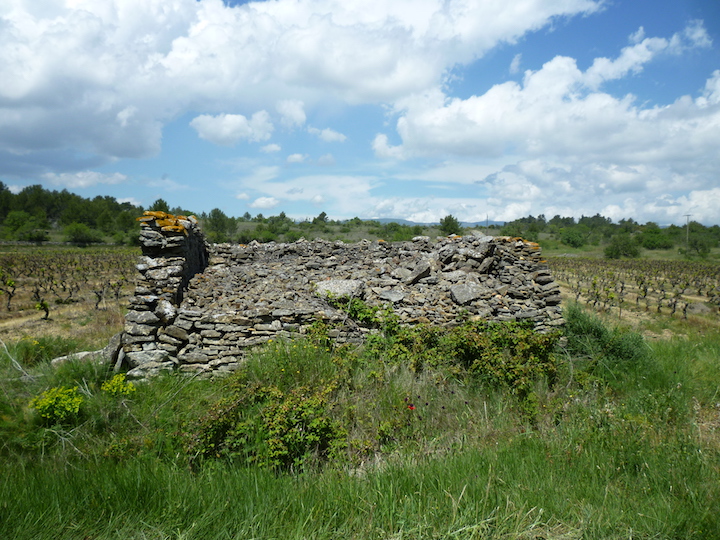 The Carnivore and I dragged all the patio furniture out of the garden shed and cleaned it. I pulled weeds and he trimmed the oleander–it already had flower buds and I hope it will hurry up and made new ones. Pale pink and deep “féria” magenta, they make a colorful wall around us. There are still many weeds, more than grass. Another Sisyphean task.

I dream of downsizing, so that the portion of my life devoted to maintenance shrinks and the portion devoted to enjoying life can expand. Some people take their enjoyment from maintenance itself, which seems like mental judo–using the opponent’s own weight against him. Don’t fight head on, but direct the energy to your advantage. I respect that, but I’d still like more time for museums. 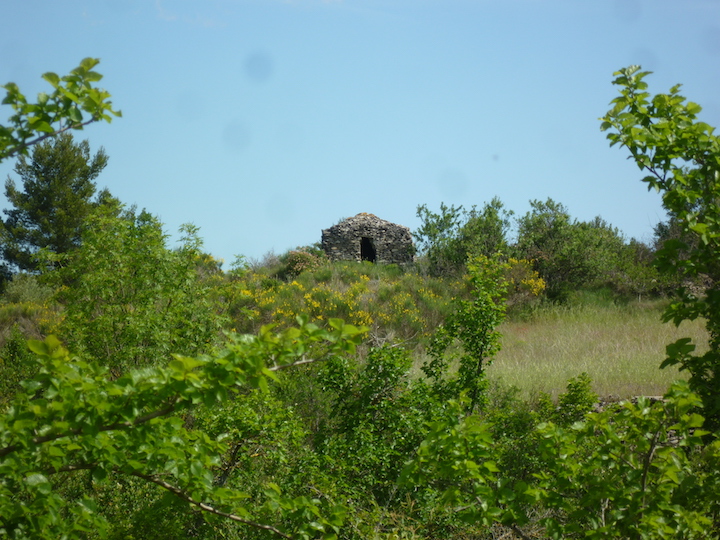 Do you do spring cleaning, or are you a clean-all-the-time type? Any tips to share? 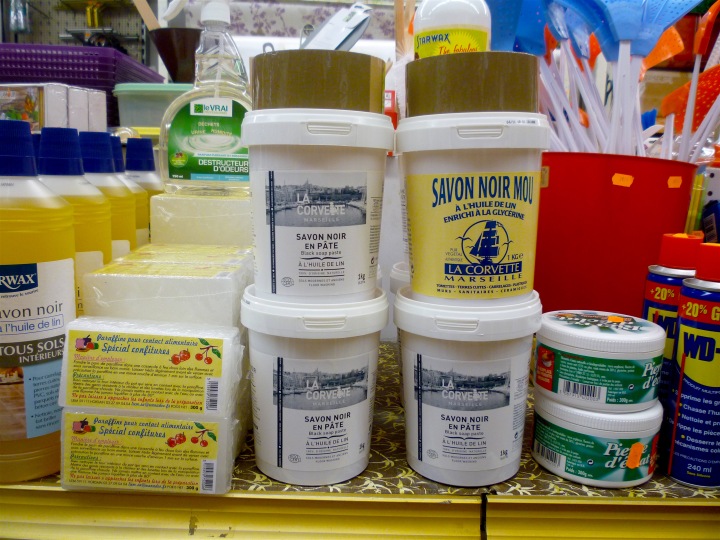 The French pharmacy is legendary for its trove of affordable beauty treatments. The French droguerie may sound like a drugstore, but it’s a pharmacy for the home.

The advice is what makes it special. Sure, there are mom and pop hardware stores in the U.S. and elsewhere where the owners know every detail about every product they sell, and they are more than happy to take the time to teach you.

But more and more, consumers go to gigantic retailers that sell everything for a few pennies less, and where the minimum-wage employees have zero training about what they’re selling. Yet for a few centimes more, the droguerie offers invaluable advice with your purchase.

Most of the stuff in the droguerie can’t be transported on a plane in your suitcase. A few products–savon de Marseille, pierre d’argent–are safe, though.

I went into a Carcassonne Caoutchouc, a droguerie in Carcassonne (caoutchouc means rubber) recently to find a solution (in more than one sense of the word) after a young visitor had an accident on our sofa. I spent half an hour going over various products with the vendor. Ammonia was good, and I was given detailed directions as to how to use it. An organic spray was new–expensive but made in France, in Toulouse. I bought both. The spray worked great, by the way.

They also sell …. everything. Hardware, though it isn’t a hardware store, called a quincaillerie–one of the most musical French words, in my opinion, all the more wonderful for its unglamorous meaning. Pots and pans. Oilcloth by the meter. Bead curtains to keep flies out of the house. Tools. Bug spray. Shopping caddies. A rainbow of dyes for clothes.

The clothing dyes, as well as medicines, originally were the base of the drogueries’ trade.

It’s the sort of place you’re apt to pass by, especially if you’re a tourist. But inside, you just might find something more useful to take home than another souvenir T-shirt.