I saw the word used technically, to describe humans in the face of the new coronavirus. Because the virus is new, none of us had ever had it before, and so we are “naïve.” It’s the perfect word in other ways, too.

Like many people in February and early March, I thought it was a lot of hubbub about nothing. Cover your coughs, wash your hands, not that bad unless you’re old and sick with something else. Remembering SARS, which came with so many gloomy warnings, and which sounded so scary. It was deadlier than Covid-19. People caught it from the plumbing in their apartments. Way worse than being near somebody coughing–you can at least step away from such people, but to catch a deadly disease while sleeping in your own bed? SARS was under control fairly quickly, and no vaccine or treatment was ever found…. Thinking it would always be so efficient to control pandemics was naïve. 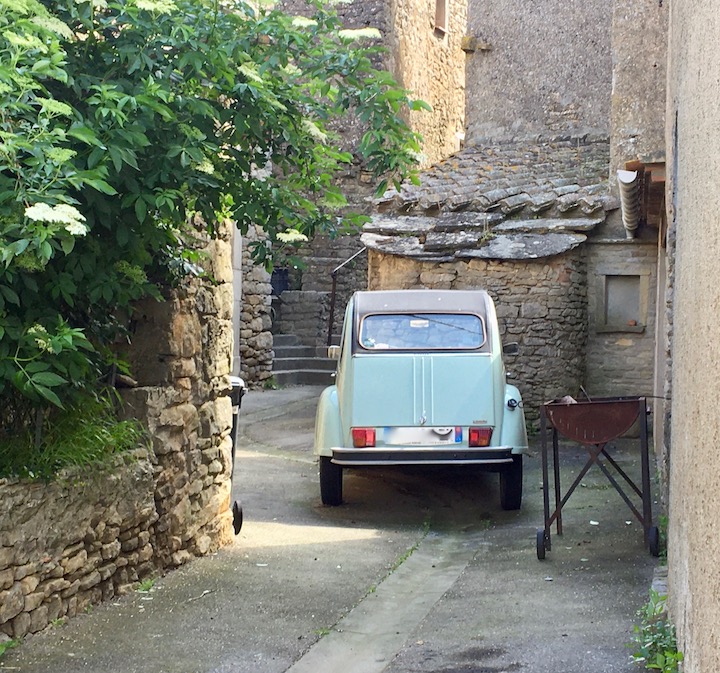 A microscopic string of RNA has changed everybody’s lives. Not just today, under various lockdowns, confinements, remote learning/working, etc. It is going to haunt us for a long time. Perhaps forever. 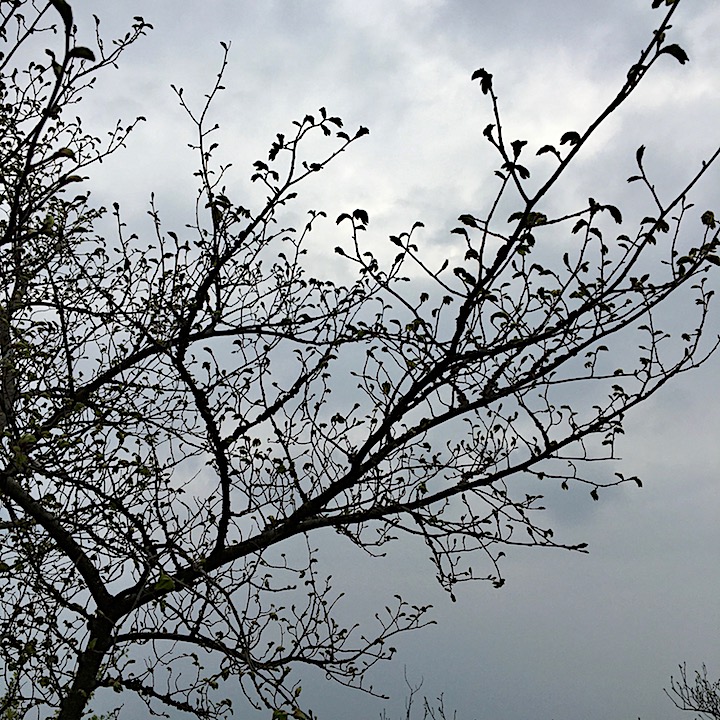 There will not be a switch that flips us back to Before, to some date in November 2019 or so (probably earlier), when the threat hadn’t yet crossed over into humans. When the world economy was humming. When the future looked, if not bright, then as a glass somewhat more full than empty. 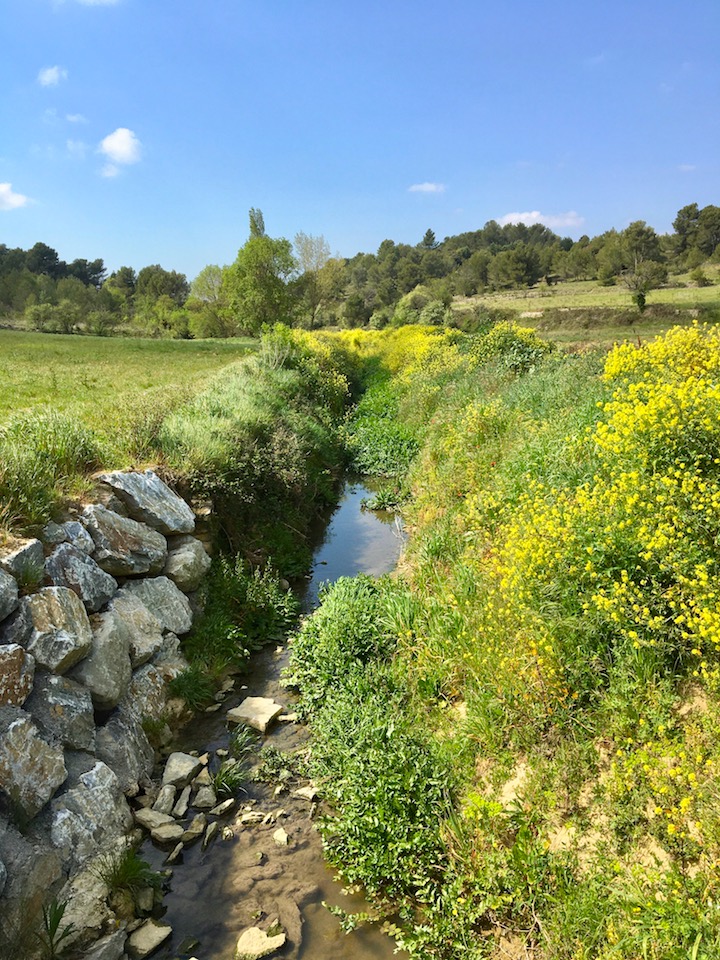 As far as the future goes, we are still naïve, in the other sense of the word, of lacking experience or understanding. We don’t know for sure whether people who were infected will be immune for life, or whether it will be like colds (also caused by coronaviruses, different ones) that we get over and over. We don’t know the long-term effects. We don’t have a cure or even a treatment besides oxygen. We don’t have a vaccine. 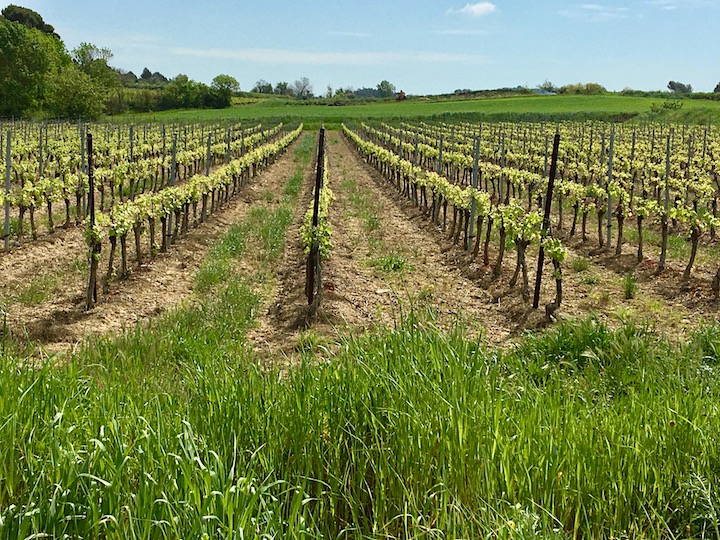 I wondered about the 1918-1919 influenza. I have a set of Encyclopedia Britannica from 1929, which I figured was both close enough to the event for the pandemic to still be remembered as a big deal and distant enough to have some perspective. Indeed, the entry covers almost two full pages. It mentions the previous influenza outbreak of 1890–which was only 39 years earlier itself; of course there were still people around who had lived through that. Interestingly, a decade after the “Spanish flu” pandemic, the cause was still in dispute–was it bacterial or viral?

Now experts say that influenza not only was viral but that it was a kind of H1N1 virus, like the kind that broke out in 2009. It hit in three waves: the first was relatively mild, the second very deadly, and the third was similar to the first.

“Frequently the lungs became severaly affected and the patient passed into a state of anoxaemia recalling that due to exposure to the ‘pulmonary irritants’ of gas warfare.”

“The invasion is sudden; the patients can generally tell the time when they developed the disease; e.g., acute pains in the back and loins came on quite suddenly while they were at work or walking in the street, or in the case of a medical student, while playing cards, rendering him unable to continue the game. A workman wheeling a barrow had to put it down and leave it; and an omnibus driver was unable to pull up his horses. This sudden onset is often accompanied by vertigo and nausea, and sometimes actual vomiting of bilious matter. There are pains in the limbs and general sense of aching all over; frontal headache of special severity; pains in the eyeballs, increased by the slightest movement of the eyes; shivering; general feeling of misery and weakness, and great depression of spirits, many patients, both men and women, giving way to weeping; nervous restlessness; inability to sleep, and occasionally delirium. In some cases catarrhal symptoms develop, such as running at the eyes, which are sometimes infected on the second day; sneezing nd sore throat; and epistaxis, swelling of the parotid and submaxillary glands, tonsilitis and spitting of bright blood from the pharynx may occur. There is a hard, dry cough of a paroxysmal kind, worst at night. There is often tenderness of the spleen, which is almost always found enlarged, and this persists after the acute symptoms have passed. The temperature is high at the onset of the disease. In the first twenty-four hours its range is from 100 F in mild cases to 105 F in severe cases.”

It also said that, in the 1890 outbreak, stress around the pandemic caused a 25% increase in suicides in Paris.

The Covid-19 virus’s complete genome was sequenced and put online in mid-January. And yet there’s much we don’t know. It might seem as if experts are changing their minds, or that they don’t know what they’re doing, but in fact they are honing and updating information as it becomes available.

France is supposed to gradually reopen as of May 11. It already is happening, though. I see more cars on the road. Businesses that had been closed have found an excuse to reopen. One change is that almost everybody is wearing a mask now, even while driving alone in their car. Maybe they don’t want to touch it?

I was going to our mairie, or town hall, to get recycling bags the other day, mask in hand, because usually I would see nobody out in the village. However, lots of people were out, going to the bakery, to the little grocery, for walks. I saw a friend sweeping the sidewalk in front of her house, and she was talking to a little old lady who was out for her constitutional. I’d met this lady many times, including on a run in winter where she responded to my bonjour with “bonjour, j’ai 89 ans” (hello, I’m 89 years old). My friend asked her whether she had a mask and she said no, she didn’t know where to get one in the village and had no way to go out of the village. How old are you, my friend asked. “Ninety,” she answered, adding, “in July,” which she pronounced as “juillette,” adding many rolls of the tongue in an especially heavy local accent. I handed her my homemade mask (I was still holding it–we were talking–shouting at top volume–from a distance of at least three meters from each other). She was thrilled. I can make more. My friend, a retired nurse, instructed her on cleaning of the mask.

So I ran back home to get another mask and go back to the mairie. A sign on the door said it was closed and that if villagers needed anything they were to call. So I called. They told me to come and ring and they would hand the recycling bags through the window. “Oh, you’re outside now,” the secretary exclaimed. A window opened a crack and the roll of yellow bags emerged–not even a fingertip of the person inside was evident. I hollered merci as I grabbed the roll. The window shut the the instant the roll passed through.

The Saturday market reopened. It is far superior to shopping at the supermarket, as always for quality and price but also for hygiene. The central square is barricaded, with a single entrance and exit, and a table with sanitizer at each. And police, who were neither wearing masks nor social distancing as they shot the breeze. There were just a few vendors, but they included the family of vegetable farmers, the goat cheese guy (who rocked a gorgeous tie-dye mask), and the local apple grower. A ribbon separated shoppers from the produce. We waited in line, spaced by tape on the marble, and the vendors served us, so there was nobody else handling the produce. Almost everybody had a mask except for the oldest shoppers. I was among the youngest, so that tells you how skewed the demographic is at the market. 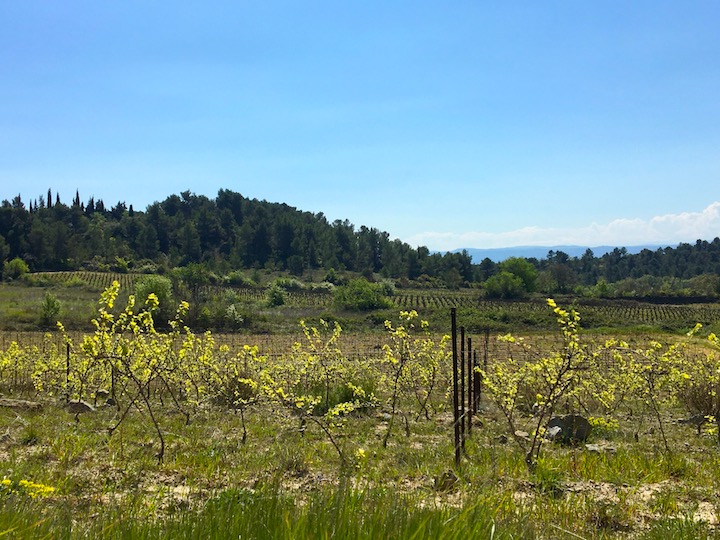 It was very sad, though, to see all the cafés closed, their terrace tables stacked up under tarps. I wondered whether this was what it was like during the war, when people ventured out to stand in line to buy food. It was sad, too, to see the other shops, mostly for clothes and jewelry and such, closed but in a way that felt like “Sleeping Beauty”–as if they were about to fling open their doors but were frozen in mid-step.

I wonder about life afterward. Will people be afraid to take the bus or métro, and flood the streets with individual cars? Or will they feel the same way and commute by bike? Will people be afraid of being cooped up in a small space and move to suburbs, eating up more and more of the precious farmland that needs to feed more and more people? Or cutting down the little wild nature that is left, so they can have their individual houses with yards that function like private parks, like buffers from neighbors, full of grass that needs watering and mowing and that they almost never spend time in? Or will people who are hearing birds for the first time realize that it’s important to preserve and even enlarge the space for nature?

How are you holding up?