There are cute French villages and then there are REALLY CUTE French villages. Minerve is in the superlative category. Officially so: it’s on the list of les Plus Beaux Villages de France (the Most Beautiful French Villages). I know I just said I was a city girl, but I do love places like this.

It has been a while since we’ve visited. Though it’s been on the to-do list for all of my recent visitors, we just never had the time for the 45-minute drive from Carcassonne. What a mistake. The drive is gorgeous. And the village…well, these photos were taken on a Sunday afternoon in August. Peak tourist. Yet you can see for yourself that Minerve was quiet. A secret. Now you know. Share wisely.

The town is built at the confluence of the Cesse and Brian rivers. About 50 million years ago, the entire area was the bottom of a warm-water sea, as evidenced by the fossils in the limestone. The rivers carved deep gorges, which form a comma-shaped peninsula, kind of. Natural fortification. Unsurprisingly, it has been occupied since the Bronze Age.

The Romans came along, too. The town appeared officially in writing around 873. Old. Stuff like that just boggles my mind. Obviously places fell down and were built over, but probably some of the same stones were used. And today those houses are still there, and they have Internet.

There’s a charming bookstore and lots of artists’ shops and studios and many places to eat and drink. There are about 130 residents, down considerably from the boom years of the mid-1800s, when there were about 400. It’s clearly not an easy place to live. Imagine hauling your groceries–or worse, a new piece of furniture–down these “streets.” But vacationers provide some animation. Just enough to keep the place alive, without overrunning it. 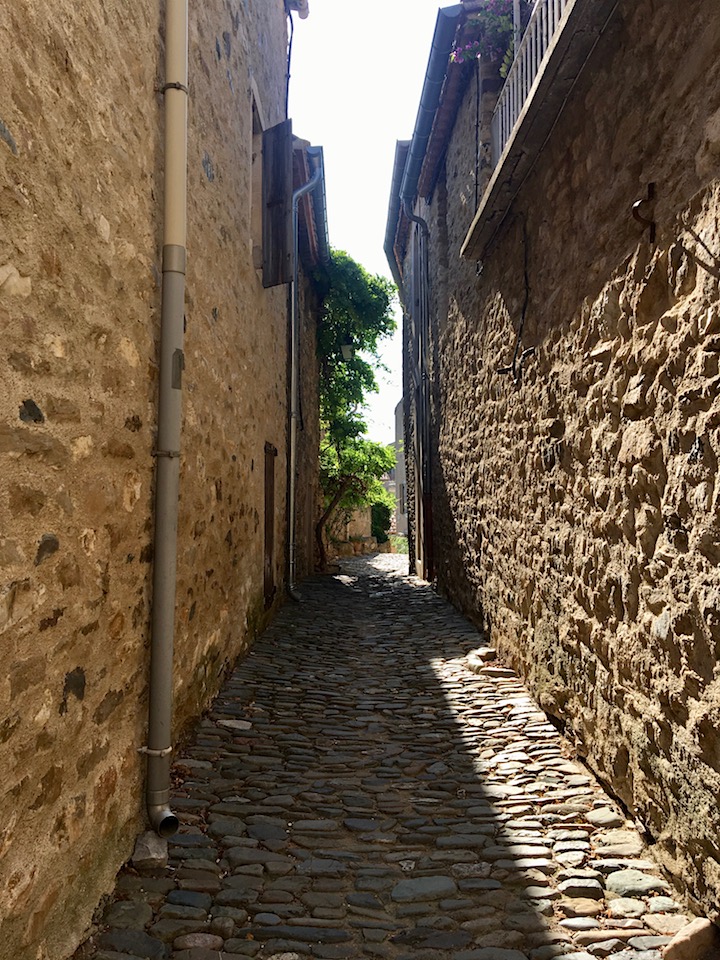 The rivers lie far below, bone dry at this time of year, but prone to flashes of rage. At least the town is high and dry. 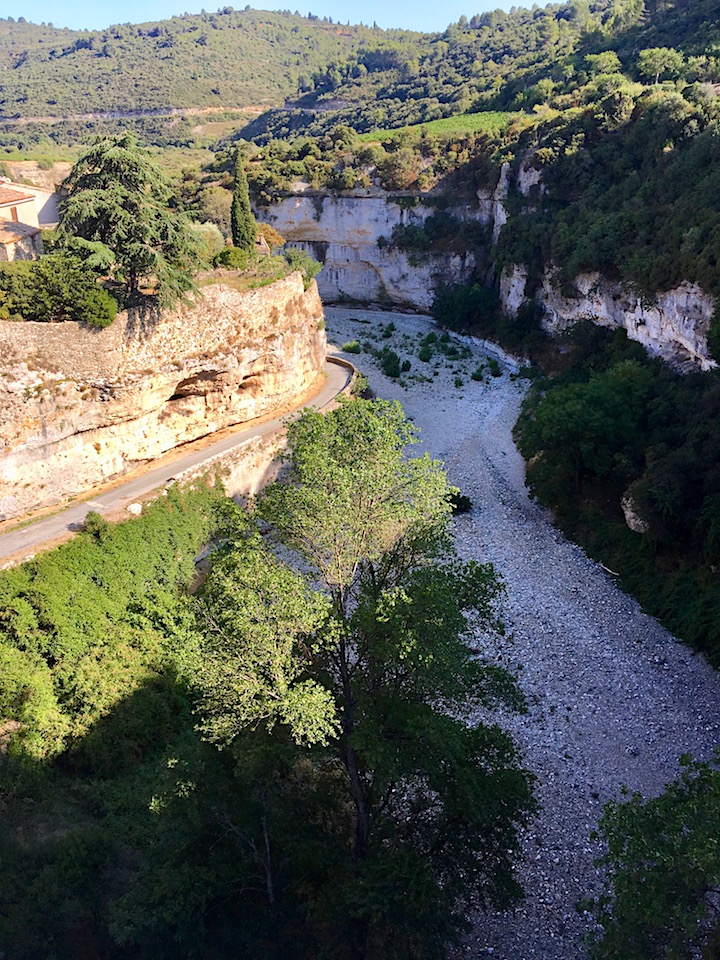 The Candela is all that remains of the viscount’s castle, which was built at the end of the 13th century. There once was a drawbridge nearby. The castle was dismantled in the 18th and 19th centuries. I wonder why. 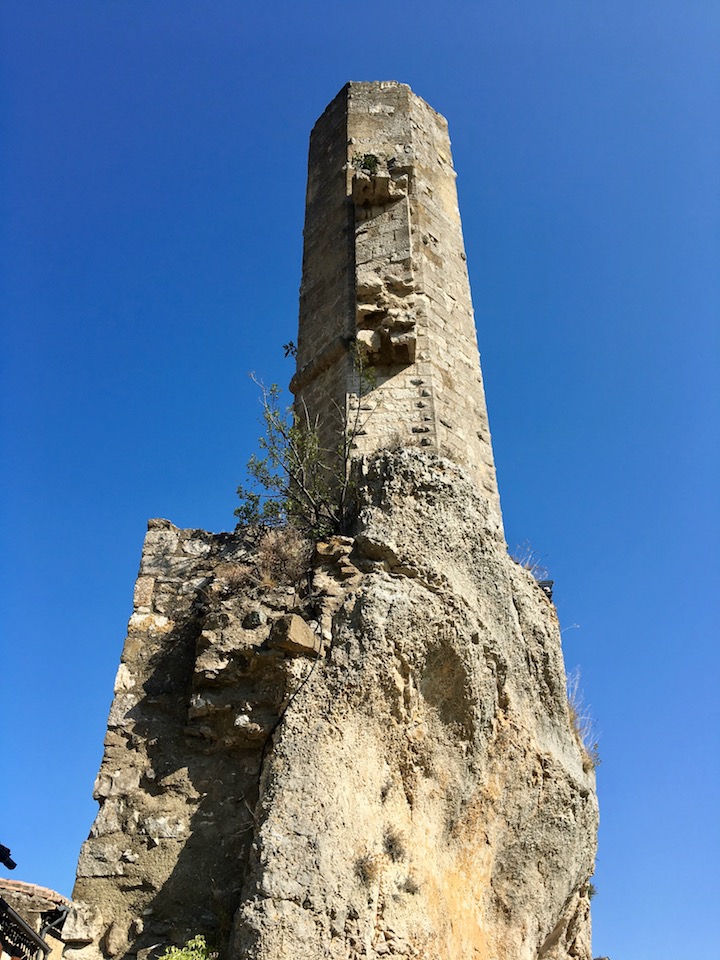 The church was closed, but the exterior was fascinating. 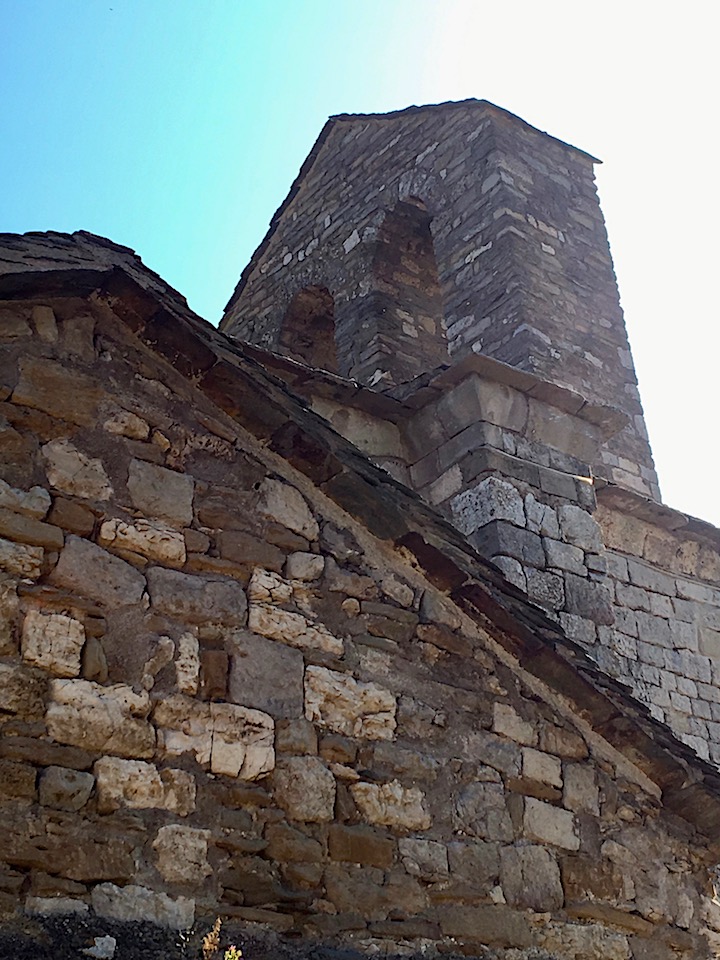 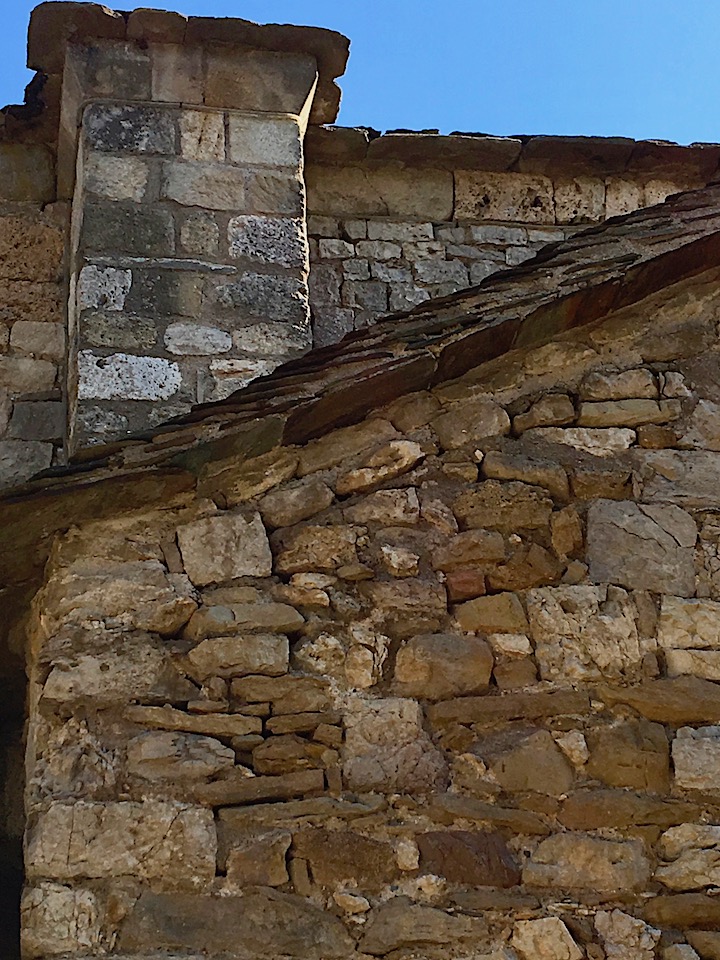 I took so many photos, I’m going to do another post. Come back for more on Friday.