You can see so much art for free in France–in all of Europe. Just walk into a church, the bigger the better, and amazing works will be in front of your nose, usually without crowds and almost always in wonderful silence. Aside from the really major attractions, like Notre Dame de Paris before the fire, you can wander in without lines. Sometimes there’s even mood music. 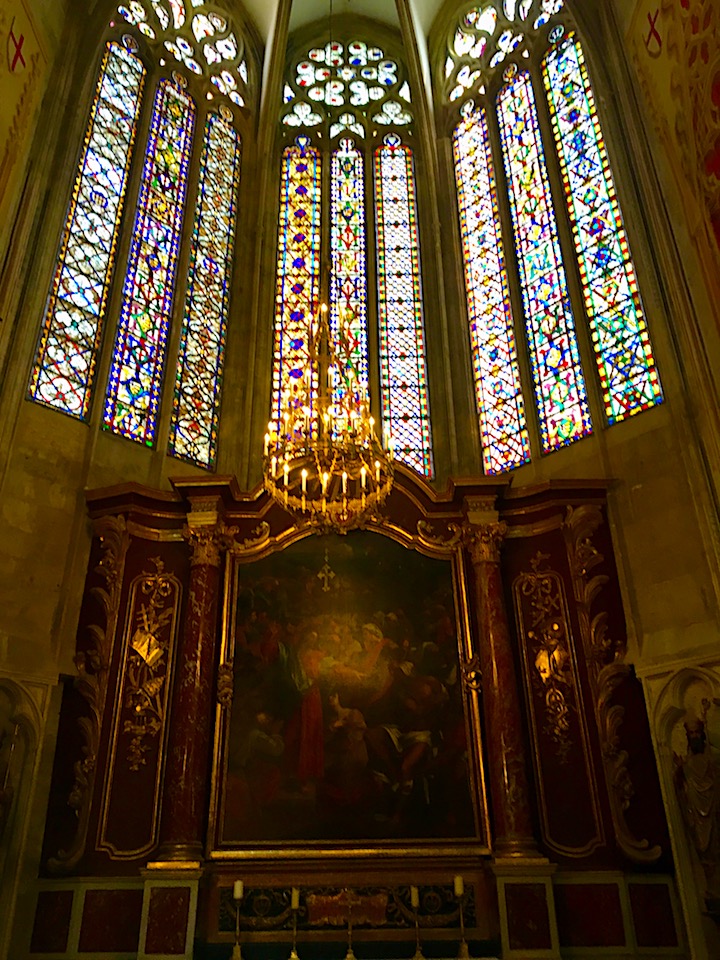 You don’t have to be religious to appreciate the work for its quality. Back in the day, the Catholic church was a major benefactor of the arts. Maybe benefactor isn’t the right word–it was a major consumer/commissioner/purchaser/collector. Churches are chockfull of sculptures and paintings, and the buildings themselves are wonders of design. 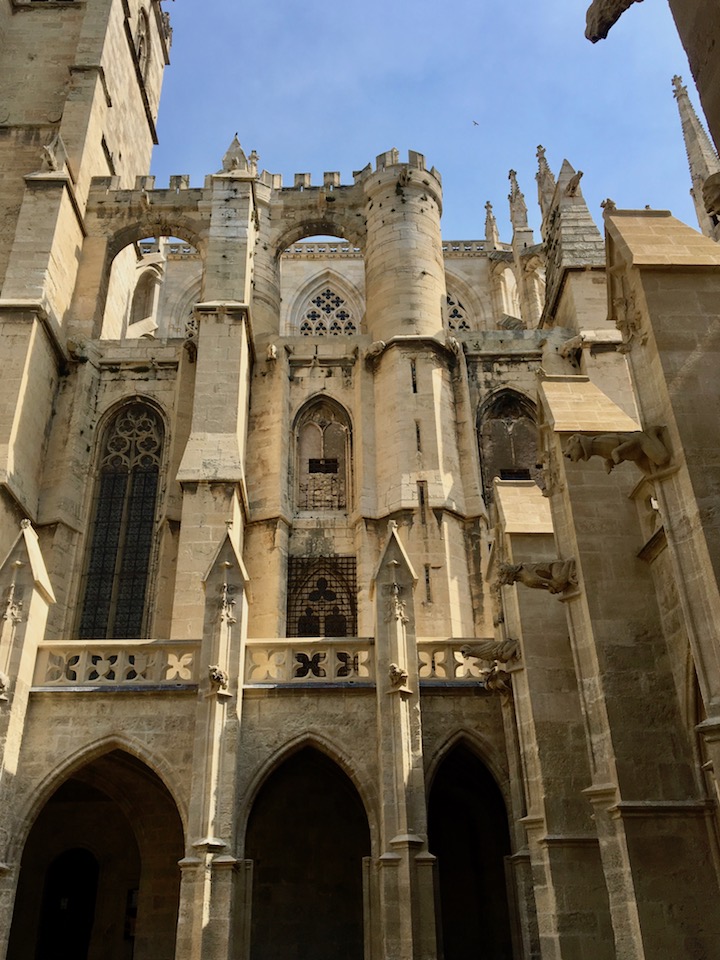 This is part two of my day trip to Narbonne. (Part one is here.) We’re going to explore le Cathedrale de Saint-Just et Saint-Pasteur, which is part of the same cluster of buildings as the city hall/former archbishops’ palace.

First, the name. Just and Pasteur were two Christian brothers who were martyred near Madrid around the year 304 (A.D., obviously) under the Diocletianic Persecution. The Roman Emperor Diocletian rescinded Christians’ rights and required them to make sacrifices to the Roman gods. Just and Pasteur, 12 and 9 years old, refused. There are multiple versions of their grisly deaths.

Pope Clément IV (born Gui Foucois but known as Guy le Gros–Fat Guy) decided in 1268 to build a fancy new cathedral in Narbonne, where he had previously been archbishop. Emphasis on the word fancy. The cathedral was started in 1272 in a gothic style. Only the choir was finished, around 1330. Remember that the vicious crusade against the Cathar heretics ran through the area in 1209, from the sacking of Béziers just north of Narbonne, to the surrender of Carcassonne just to the west; Narbonne, between them, was the headquarters of the Catholic forces. The bishop of Narbonne had been fairly tolerant of the Cathars, which led to him being fired in 1211. The crusade was lucrative for the church, which grabbed the land of dispossessed lords who had been linked to the Cathars. This led to the construction of a bunch of churches in the region, including the cathedral.

The cathedral and the archbishops’ palace were built like fortifications, perhaps because they abutted the city wall. In fact, finishing the cathedral would have possibly required tearing down part of the wall, which might have been a factor in it not getting finished. The other reasons it wasn’t completed were the plague and economic decline of the city.

What they accomplished shows how ambitious the plans were. It’s still one of the tallest churches in France. But back to art.

There are tapestries and paintings and frescoes.

There’s a strong preoccupation with the afterlife. It was the cudgel raised over the the people, to keep them in line. Obey now or else you’ll be sorry later.

In good gothic style, the exterior is studded with gargoyles, impressively expressive. 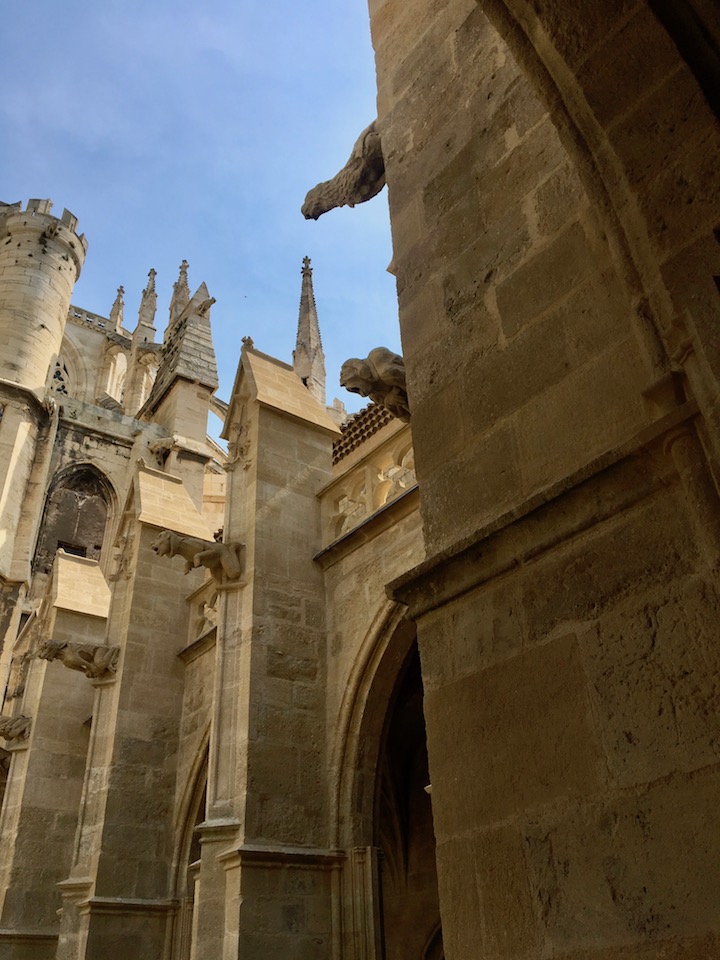 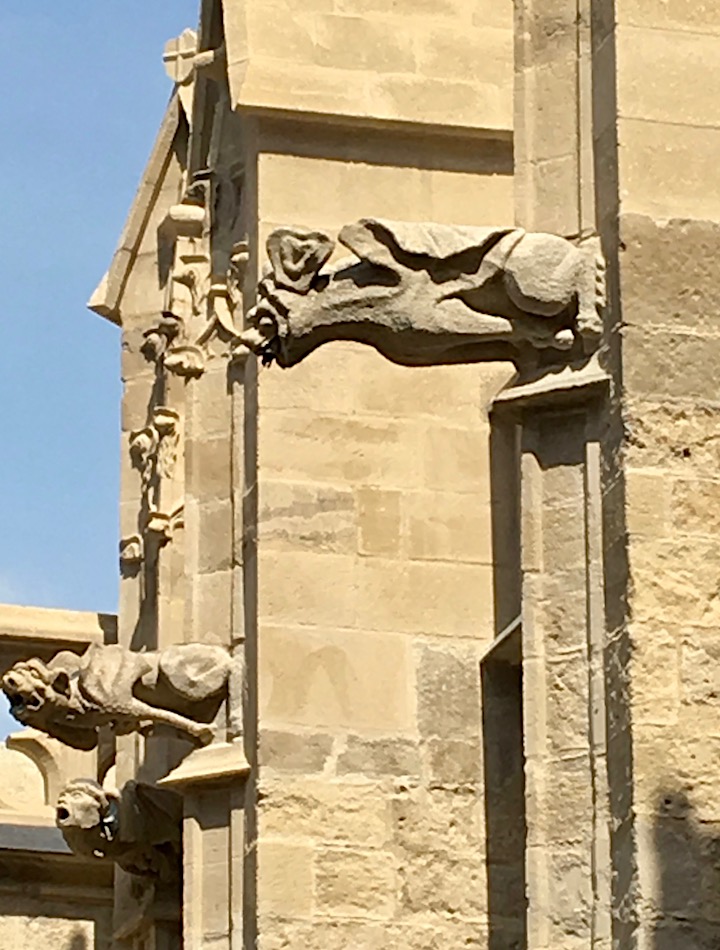 The stained glass windows offer more tableaux. I failed to zoom in, happy to just appreciate the play of light and color.

Almost every surface is decorated. 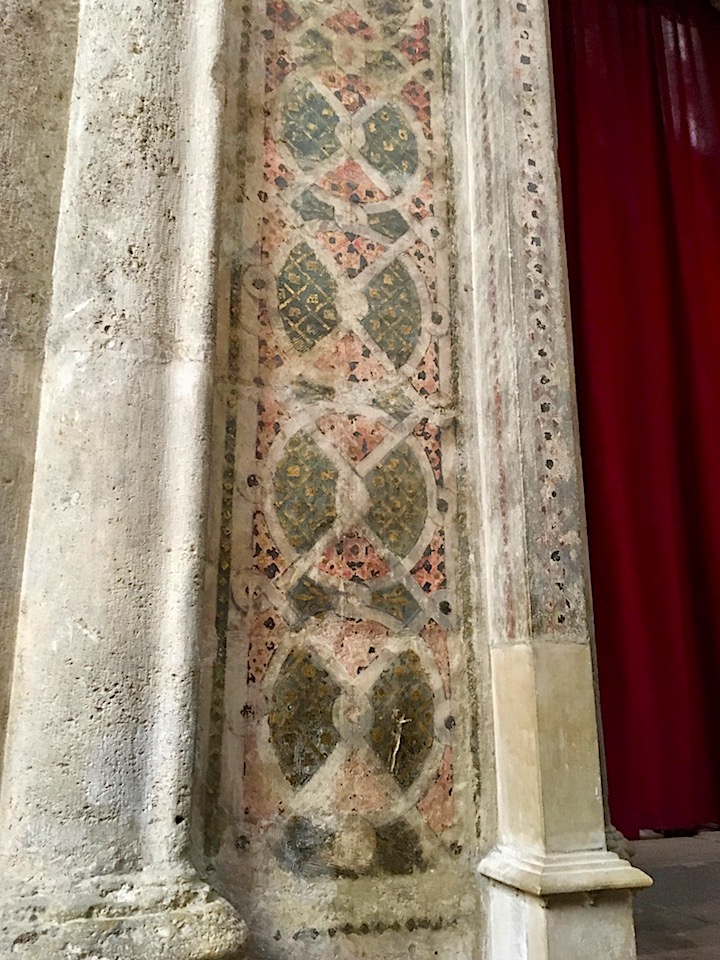 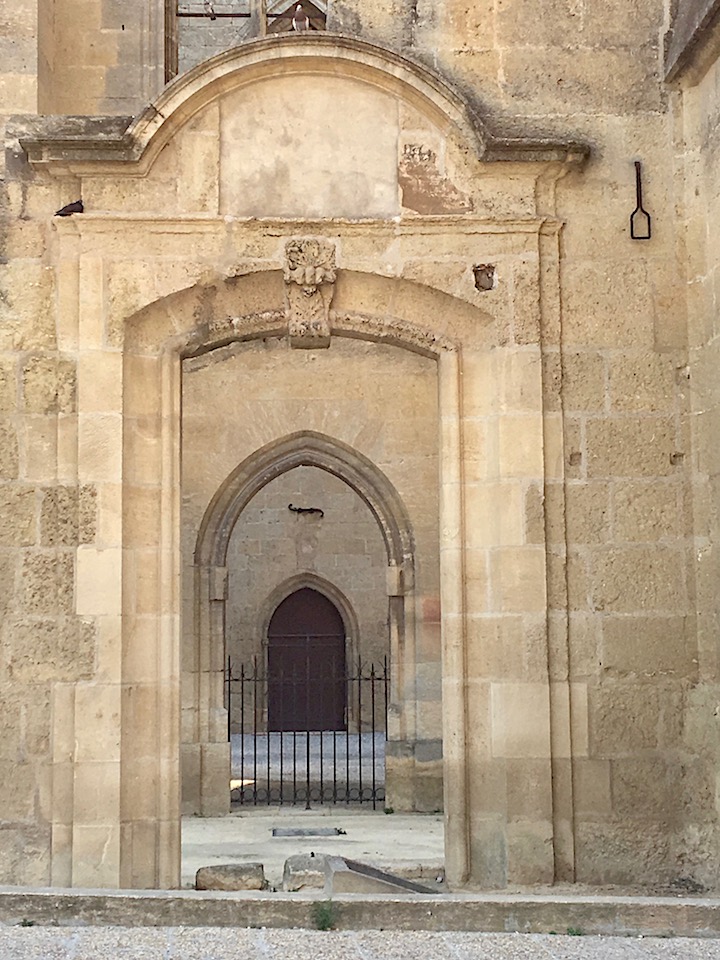 The cathedral and its archbishops’ palace rise above the plain like some kind of shipwreck, or an island, even a mountain. Not discreet in the least. Bold, daring. Declaring “yeah, we’re here. What about it?”

Do you visit churches? What do you like inside? 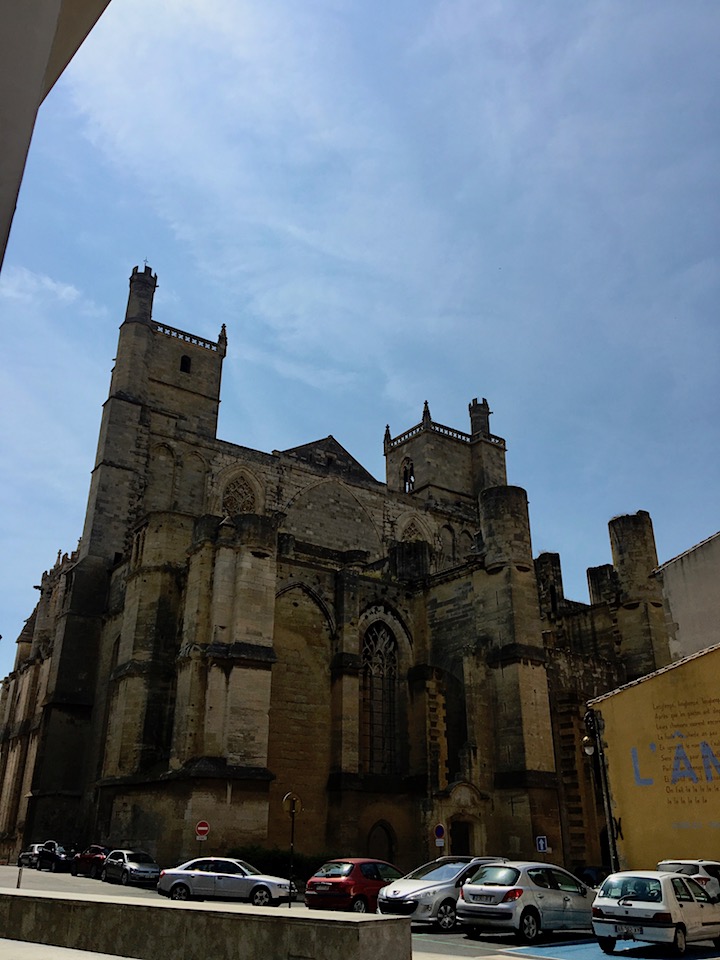 27 thoughts on “Living Marble and Other Marvels”