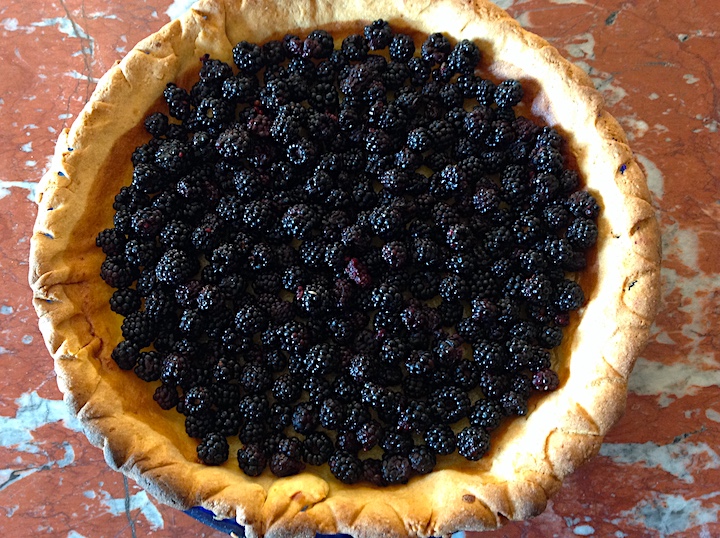 Late summer brings two wonderful treats: figs and wild blackberries. Both grow in profusion along roadsides and among the brush on the edges of fields and vineyards. One day I realized my hourlong walk had taken almost twice as long because I kept stopping to pick goodies.

Picking blackberries is a zen task. Despite the thorns, I enjoy it. The berries are like glistening gems, plump with juice. Usually some birds venture near but not too near, enjoying the biggest berries that are high beyond my reach. The air smells sweet from the dried pines all around and is sweetened further by the overripe fruit that has fallen and is returning to earth. 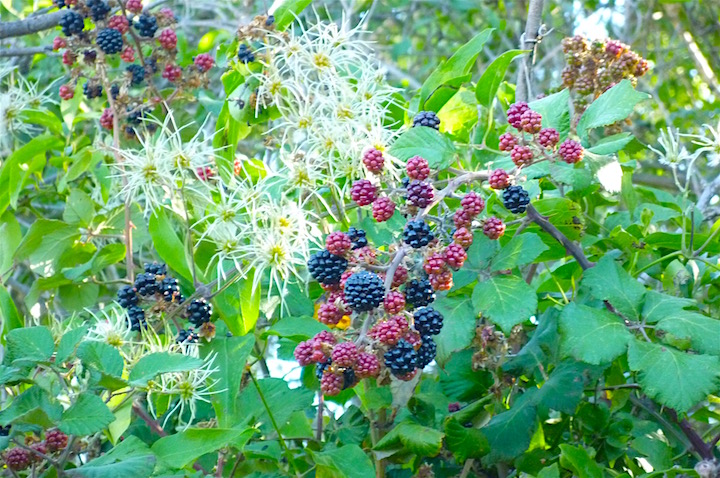 Even sweeter are the blackberries. They have no tang to them at all, the way raspberries do. Just straight sweetness. Almost too much. That’s why I like to pair them with a nice, tart lemon tart.

Tarte au citron is one of those classic French bistro offerings and couldn’t be easier to make. Sure, you can put meringue on top, but if you have wild blackberries, the colors contrast as perfectly as the flavors. I think other very sweet, not too drippy fruits would work, too, like blueberries. Maybe even figs, though I haven’t tried that. Be daring. The worst that can happen is that you won’t do that combination again. But I bet you will make tarte au citron again and again.

Of course, you can always use a premade pie crust. If you have a choice, most tarte au citron recipes recommend pâte brisée, a shortcrust dough, rather than pâte feuillétée, which is the flaky kind…unless you’re crazy about flaky piecrust, in which case, you should do as you like. Far be it from me to look down on somebody’s crust preferences.

I made a nutty crust that was not too sweet. 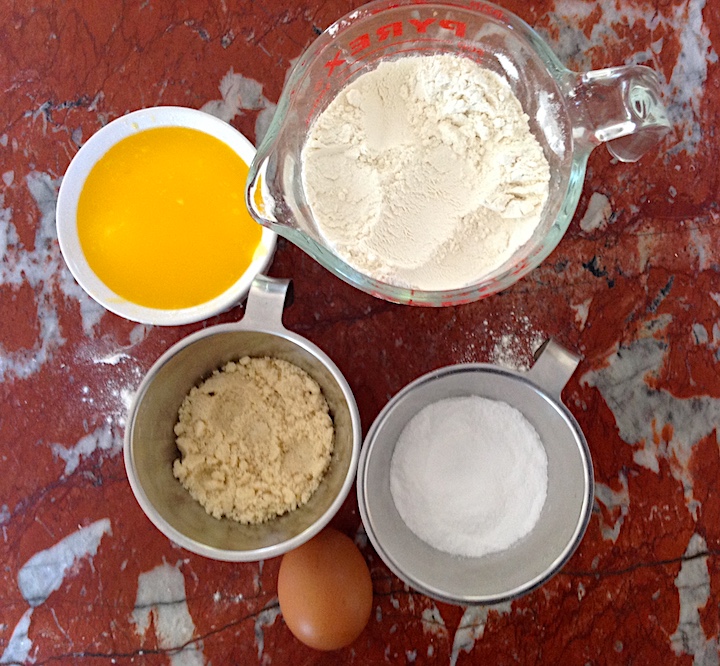 1/2 cup (57 g) chopped nuts (walnuts, pinenuts, almonds–whatever you have. Not peanuts, though)

12 tablespoons (170 g) of butter, softened but not melted

Grind the nuts finely (I used almond powder left over from macarons).

Beat the butter and powdered sugar until fluffy. Add the egg. When it’s integrated, add the flour, and don’t go crazy about getting it completely mixed in. Then stir in the nuts, just enough that you can gather the dough away from the bowl. Divide it in half. Wrap each half (I flatten them so they are easier to roll out later) in plastic film. One half can go in the freezer for another day. The other one needs to chill for an hour or two.

When it’s ready, preheat the oven to 400 F (200 C). Roll out the dough, set it in a 9 1/2-inch pie pan, and cover it with parchment paper, then with pie weights. Back for 20 minutes, then remove the pie weights and paper and bake for five more minutes so the bottom gets dry and a little brown. Let it cool.

1/2 cup (120 ml) heavy cream (I was out this time, and as it was a Sunday and nothing was open, I substituted coconut milk, which worked great)

2 cups blackberries (about the size of a liter of ice cream, which is the container I used when picking)

In a medium bowl, beat the eggs. Add the sugar, then the lemon juice, grated peel and cream. Pour into the piecrust.

Let it cool a bit, then press the blackberries into the custard. 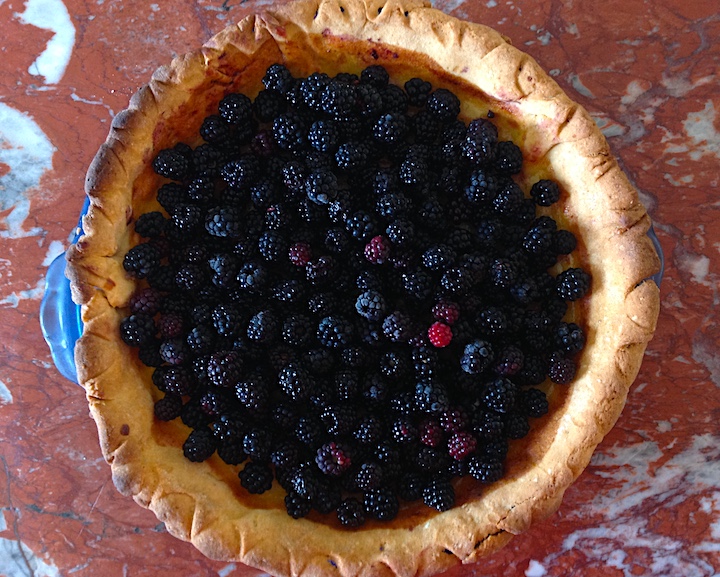