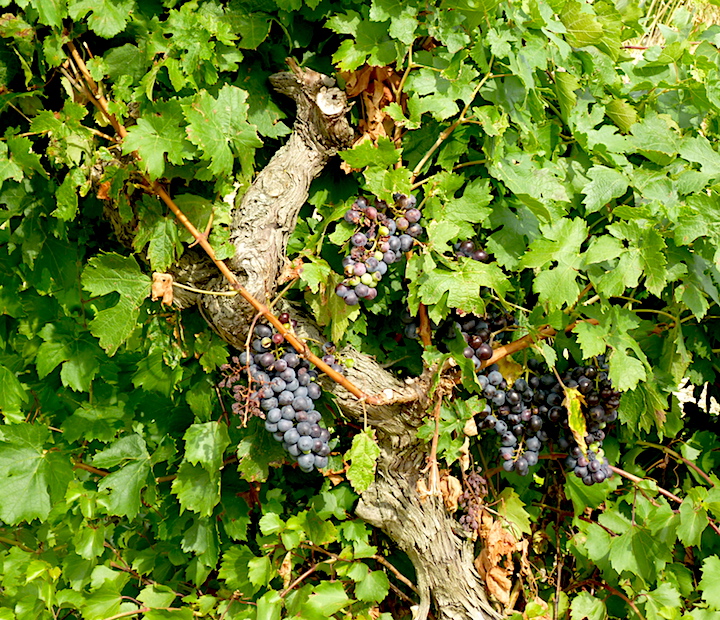 Today may be Sept. 1, but Monday is la rentrée–the great return to school, to work, to routine. For winemakers around this part of the south of France, the end of summer comes with le vendange, or grape harvest, and they are hard at it. 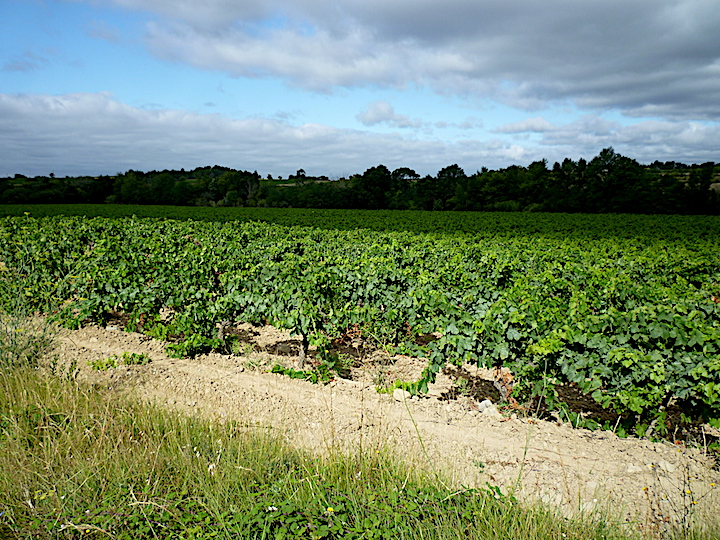 At night, a welcome cool breeze slips through the open windows, along with the low growl of harvesting machines already toiling as early as three a.m. Wayward grapes stain the sidewalks and streets of the village. 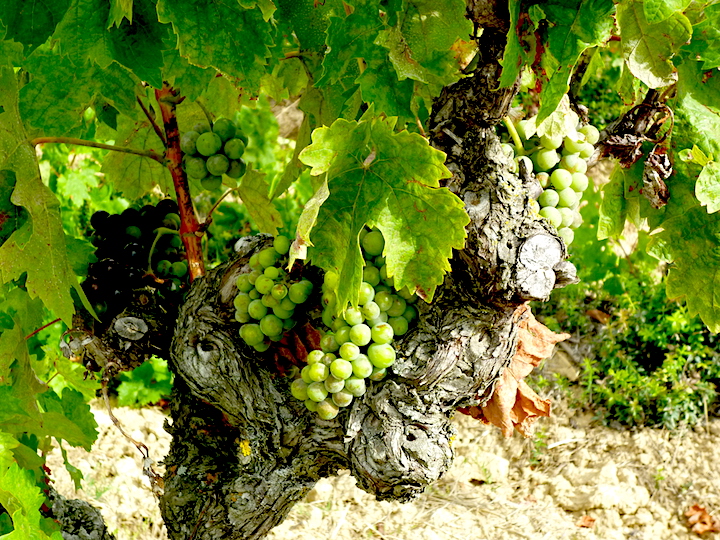 Within the time we’ve lived here, the harvest has gone from being all-hands-on-deck to being something that happens in our peripheral vision. The fête du village is always Aug. 15, a last fling before grindingly long days of harvesting. The village gym class didn’t start until after the vendange, because nobody had time for exercise when the vineyards were in full swing. Eventually, only two gym-goers were working with wine.

French wine is celebrated for its quality, and rightly so. Sure, you can find some bad stuff, but that’s the exception, not the rule. The AOCs–appellation d’origine côntrolée, a kind of certificate of quality linked to geographic location–are a very safe bet. Each AOC has strict rules about what winemakers can and can’t do with their wines, including which cépages, or varietals, they can include.

Lots of people overlook the AOCs because they require some memory work. AOCs generally are blends of varietals, and the wines that are trendy tend to be monocépage, or single varietal, like Chardonnay or Cabernet sauvignon or Pinot noir. One AOC that’s monocépage is Burgundy, with Pinot noir for red and Chardonnay for white. As far as marketing, it’s easier to sell a Cab or a Syrah/Shiraz than a Minervois that’s predominantly one or the other, with some other varietals mixed in. That mix is the special cocktail, the individualism. When I was in the U.S., most wine stores offered only a few, well-known French options, and the shopkeepers would explain that AOCs were just too complicated for customers. 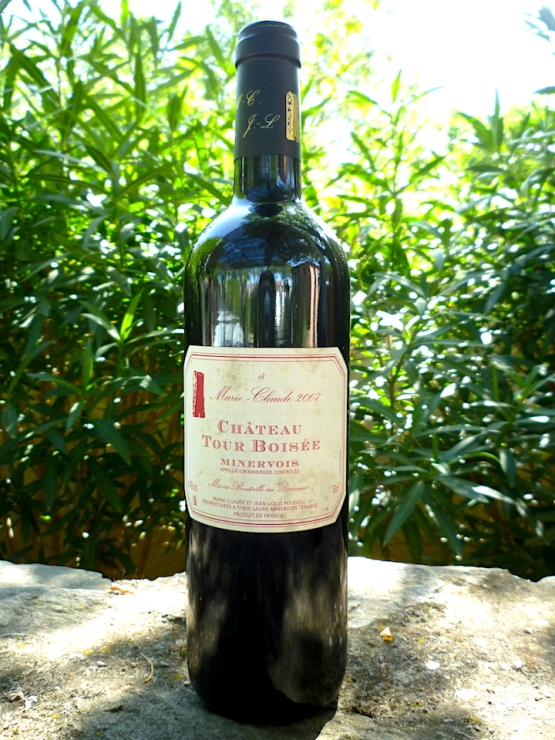 Let me tell you, nothing is easier.

Look at the bottle. If it has high shoulders, it’s in the style of Bordeaux, which are mostly Merlot and Cabernet sauvignon for reds. These are fuller, bolder wines. A local favorite for this style in Minervois is Domaine la Tour Boisée (which also produces wines, like 1905, in the Burgundy style). 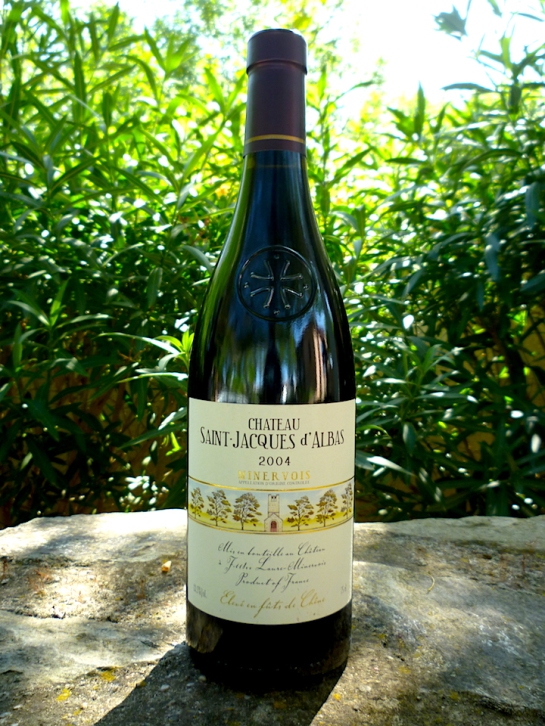 If the bottle has sloping shoulders, it’s in the style of Burgundy, even if it doesn’t contain pinot noir. That means soft, complex wines. One of our favorite wineries is Château St. Jacques d’Albas, which uses a lot of Syrah in its red Minervois wines.

Around Carcassonne, one finds several AOCs: Minervois, Cabardès, Malpère, with Corbière and Limoux a bit farther. Minervois, Cabardès and Malpère are some of the smallest AOCs in France, made up mostly of very small, family wineries.

And so when things go badly, we see the long faces.

Our winters are mild, and temperatures only occasionally drop below freezing at night. But this spring, frost struck low-lying areas a few times as late as April, devastating the vines just as the fruit was budding out.

A large field where some optimistic winegrower had planted new vines early in the spring turned into rows of shriveled dreams. Some plots that belonged to the ancient vigneron, who died about a year ago, were hit and tumbled into abandon. I suppose his son, no spring chicken himself, gave up on them. 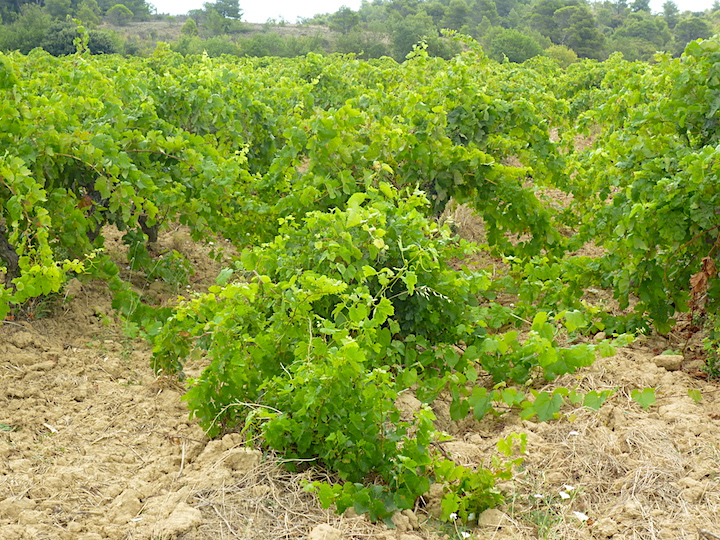 Another plot nearby was completely dead and eventually torn up and plowed over. I met a worker pulling out the stakes that had held the wires for training the vines, and he said they would plant again later. Maybe. 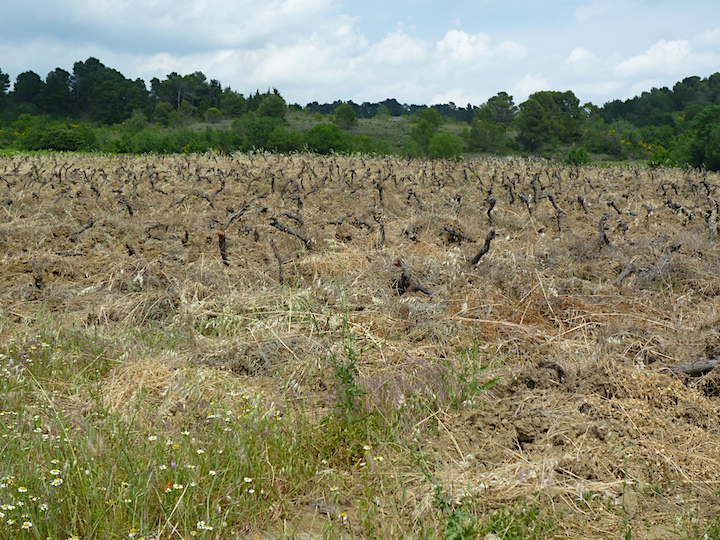 The piles of souches, or stumps,  look like heaps of bones, a cemetery of hope. 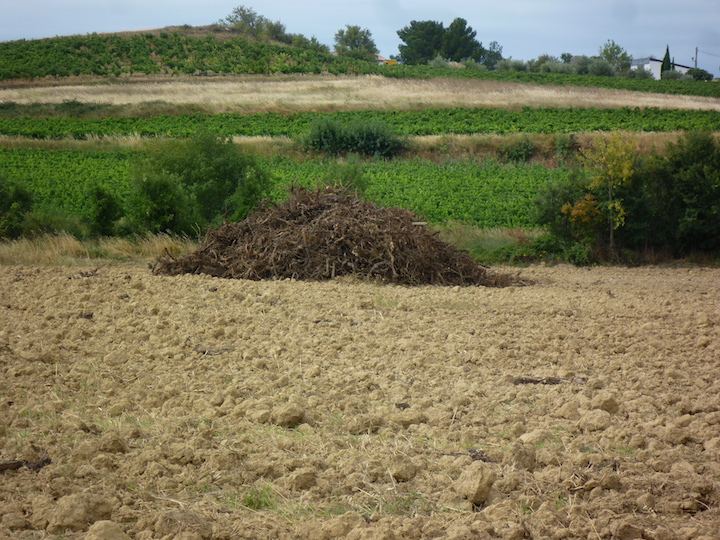 The harvest this year is two weeks early because of the hot summer, but the output is expected to be 30% to 40% lower than last year. The wine is expected to be of excellent quality, however. So keep an eye out for Minervois 2017 (though in the meantime you would do well with 2016 and 2015 and 2014….) 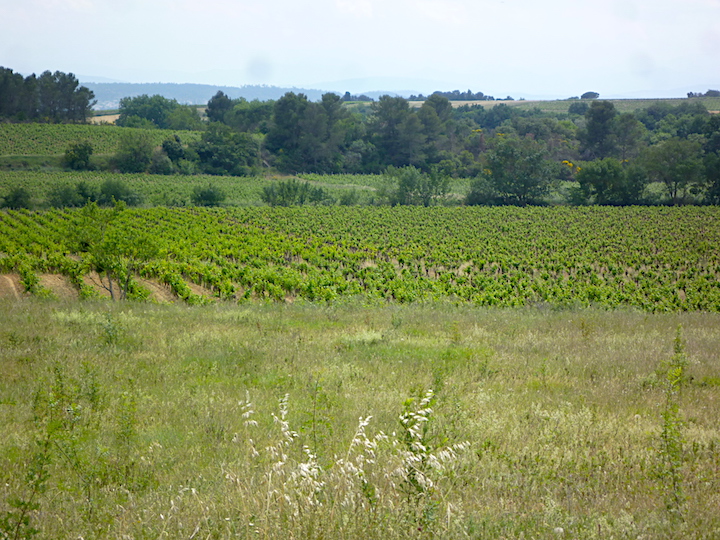