Dry stone walls (pierres seches) are one of the iconic features of the French countryside. “Dry” means no mortar. (The French use “dry” in many circumstances which have nothing to do with “not wet.” For example, a soup can be “dry” if it doesn’t have enough fat–quite aside from a powdered mix. Go figure. To me, soup = wet, therefore not dry. “Dry soup” is one of those phenomenon that make my head explode.)

The walls look as if they were thrown together by teen boys in a hurry to finish so they could do something else, undoubtedly more fun. How else to account for the horizontal/vertical/nonsensical design? Yet, these walls are hundred(s) of years old, a testament to the skill of those who built them. I can point you to several retaining walls and houses of recent vintage that have moved with the earth and bowed or cracked dangerously. Around here, old means strong. 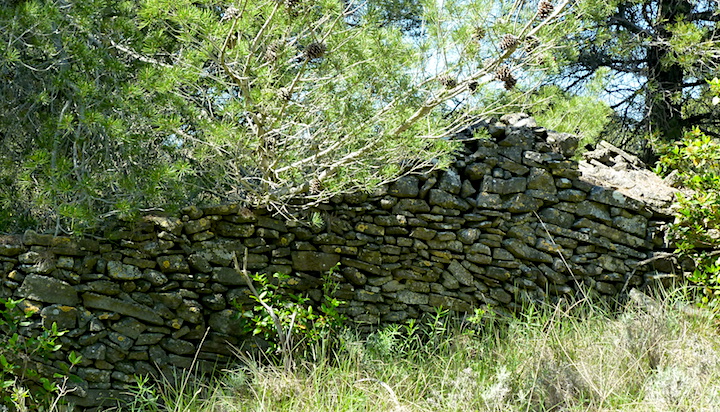 This is going to be a photo-heavy post, because I can’t resist the patterns, the way they wave as the terrain has moved, the colors of the lichen, the impossibility of their continued existence. I’ve never met a stone wall I didn’t want to photograph.

The walls are home to many creatures: little lizards mostly, but also snakes, spiders and other things that make me scream. Think twice about sitting on them. Not comfortable anyway. 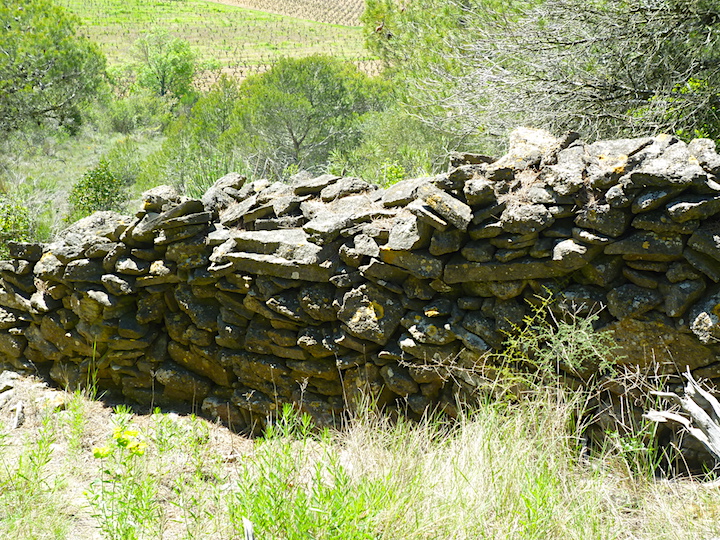 Just now, it’s hot hot hot out. The nights are deliciously cool, and during restless breaks in sleep I migrate toward an open window to let the chill breeze wash over me. During the day, we move slowly and snap at each other quickly. We aren’t yet used to the heat.

The stones are ironic. Our house’s two-foot-thick stone walls keeps the inside fairly cool during the day, without air conditioning. The apartments are even cooler. But similar stone walls, out along the edges of fields or in improbably remote spots in the garrigue, soak up the sunshine and spew it out, like retailers with their doors open in winter, heating the street. Passing a sun-baked wall is like passing an open oven. 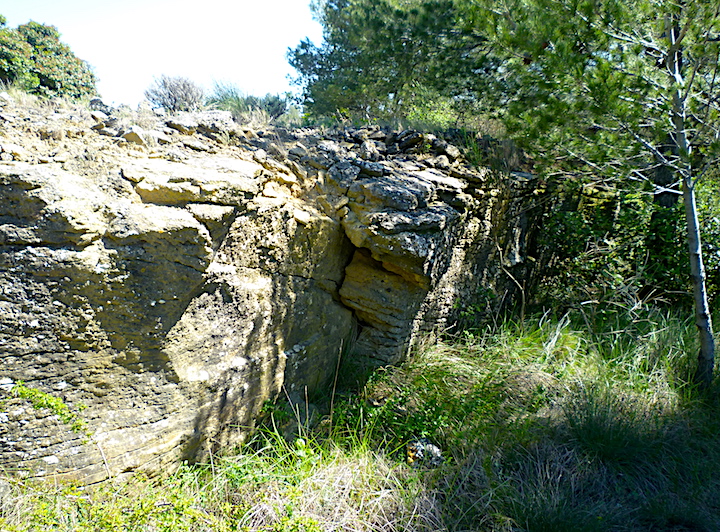 Our house was built after World War II (just old enough to be in the strong category), and had never even been a house before we bought it. It had a big parking lot. UGLY. We wanted to give it un coup de vieux (a hit of age), and found people who wanted to get rid of stones. Can you imagine getting RID of these? I guess if you have a falling-down grange and you want to build something neat and modern, then the stones have to go. The proverbial millstone around one’s neck.

Some low walls, with mortar (fewer spiders and snakes, though there are plenty of adorable lizards), made a huge difference in the charm factor. You can tell they came from two different places. 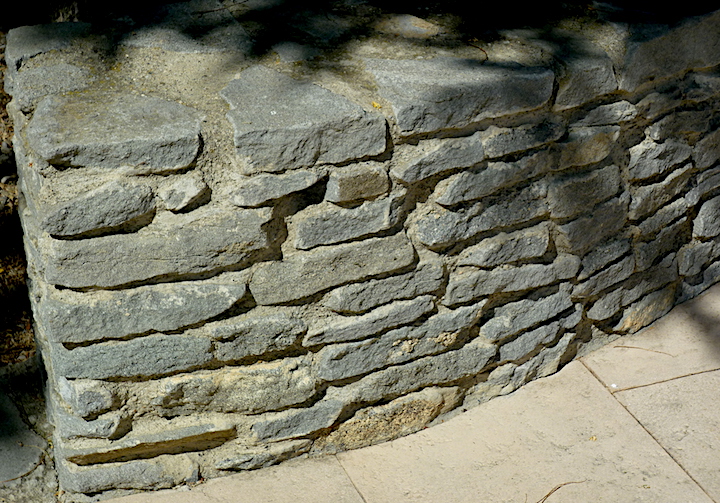 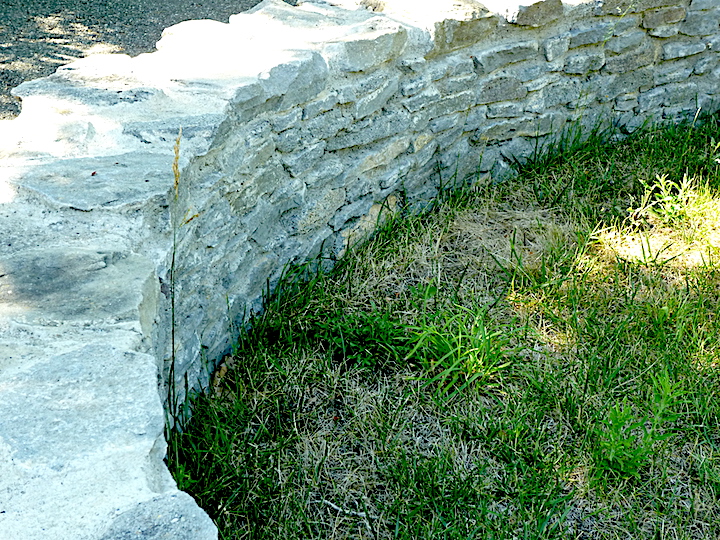