One of the earlier demolition moves was to extract that gigantic concrete sink. We kept the niche in the wall. That corner now is the shower, with two shower heads. I tried both and can’t pick a favorite. 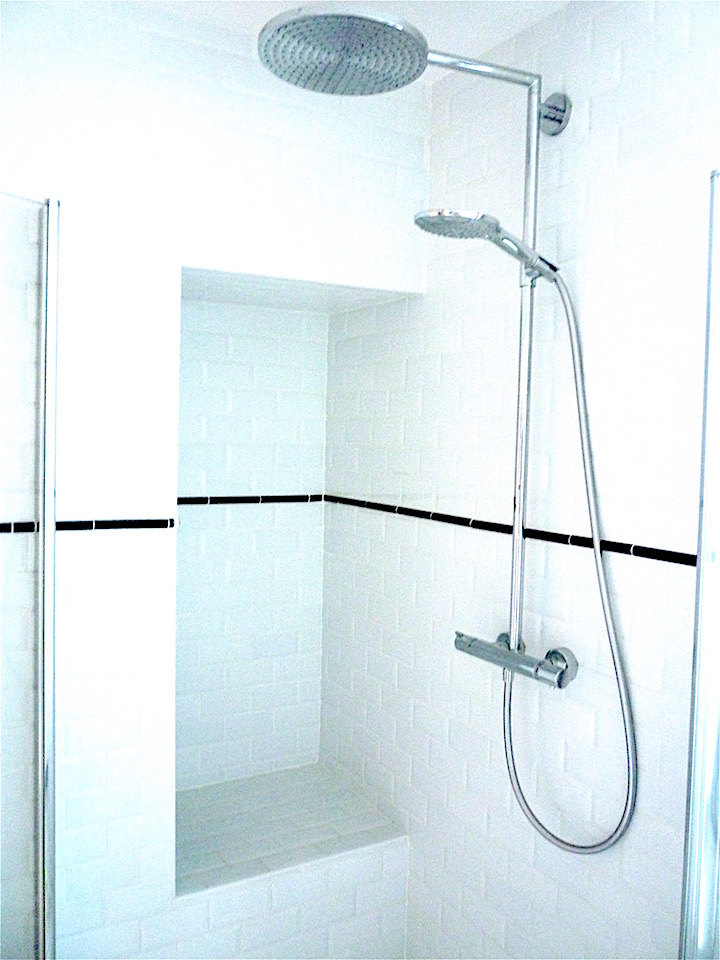 The door in the before shots leads to a circular staircase in another building on the courtyard. We sealed it off, and smoothed out the curve, because that deep corner gathered scary things.

I had a hard time getting decent photos. This room is crazy bright, even with a glaze over the windows. The inside of the window frame is black. The Carnivore, our painter and the other workers lamented such a bad decision, but I got the last laugh because it looks great.

This room got the black and white cabochon floor that I had wanted for the big kitchen. The walls have metro tiles, which are beveled subway tiles, like in the Paris Metro. I had asked at the tile store about “subway” tiles and was told crisply that surely I was looking for “metro” tiles. Ahem.

The bathroom is next to the sauna. Of course.

On the other side of the sauna, but reached by a different door, is the powder room, in its original place but with a different door (it used to be reached via the closet for the furnace and hot water heater. Yes, that had to change). 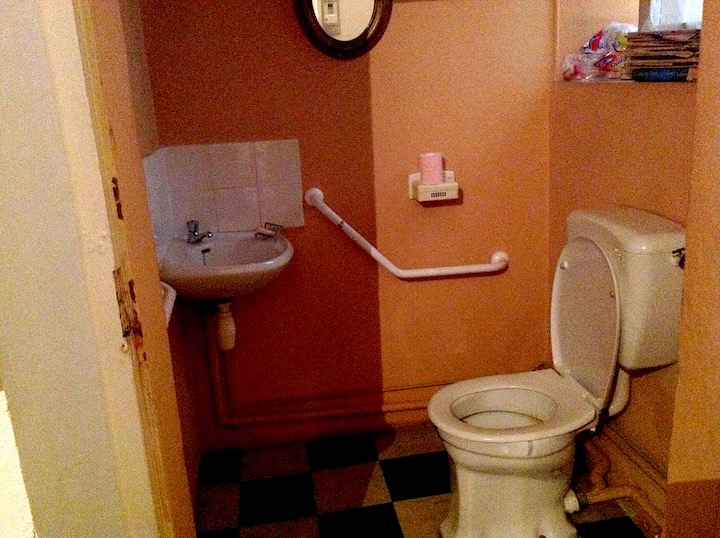 The former doorway’s arch became home to the sink, with the toilet now across from it (next to where the sink originally was). The floor has the same tile as the wall. I was nervous that it would be too much, but the floorspace is small and it looks nicely seamless.

While we have been obsessed with finding antiques for the apartments, here it feels so clean that everything is brand spanking new. Well, except for the Venetian mirrors. And the little marble-topped cupboard for toiletries in the bathroom. New and old.

The apartments are available for rent on AirBnB: l’Ancienne Tannerie here and the front apartment here.