The wonders of the French parapharmacie are renowned. A parapharmacie specializes in health-related stuff like vitamins, oral hygiene products, skin care and costmetics. Lots of pharmacies also have parapharmacie sections, basically everything in front of the counter. Even cough syrup and aspirin are behind the counter.

As at the droguerie, it’s assumed that customers should get advice when choosing even a non-prescription medication. Many times, I have asked for something simple–a decongestant, a wart remover–only to be grilled about what was wrong, why did I want this product, haven’t I tried this other one? Sometimes they just give me what I asked for, but sometimes they persuade me to try an alternative. I hate to admit it, but they tend to be right.

A trip to France should always include a stop at the parapharmacie. And among the many great products to check out, Avène stands out. It has its roots in the thermal station of the same name, a picturesque village of Avène in Herault, the departement right next to Aude.

The wonders of the local waters were discovered in 1736, when a marquis’s horse was cured of terrible itching after a few baths. In 1871, the waters were sent to Chicago to treat burn victims of the Great Fire. The company itself was formed in 1990 as a dermatological laboratory.

I had terribly itchy eyes a couple of months ago. I think I had rubbed sunscreen on my eyelids while wiping sweat during a run. The itching continued for days, so I saw my doctor, who told me to throw away all my products and use either Clinique or Avène. I’d always liked Clinique, but it’s pricey in France, so I checked out Avène.

I already had used several of its products, as I realized as I gathered them to photograph for this post. Every time they had been bought at the suggestion of a doctor (and not always the same one!).

I went to the Pharmacie de la Gare in Carcassonne, which is huge and which has the best prices on all kinds of products. The sales assistants suggested I try the “Tolerance” line, which has no preservatives. To keep it from going bad, there’s an airlock, kind of like on boxed wine.

I’ve been using it for a couple of months and like it a lot. This isn’t sponsored–none of my posts are sponsored–it’s just an FYI if you’re looking for very natural, hypoallergenic cosmetics and skin care. 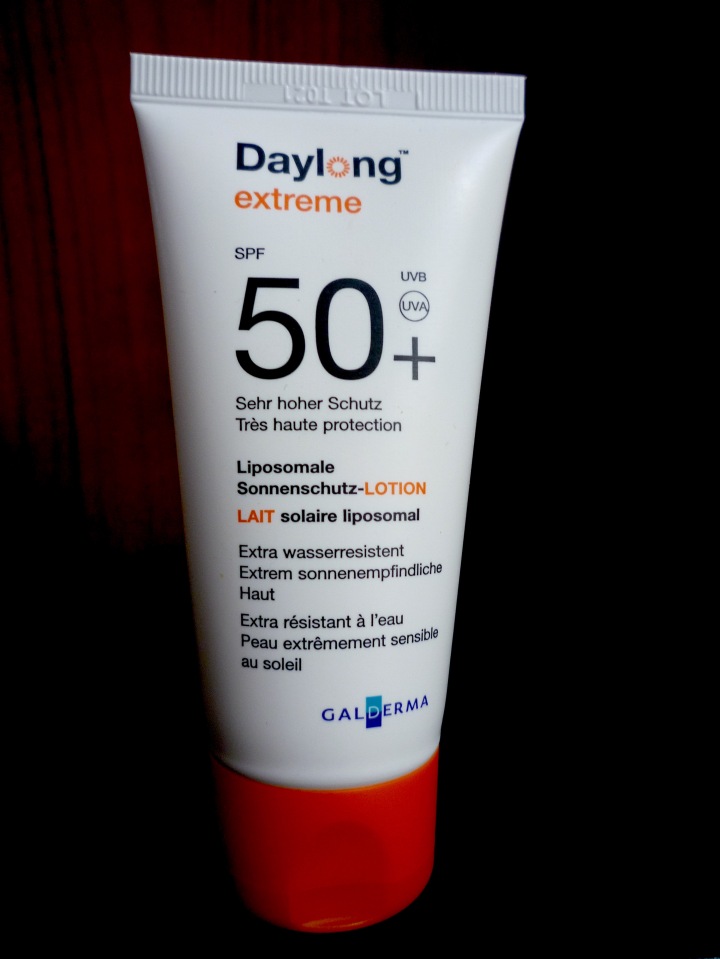 The sales assistants also suggested this sunblock, which is mineral-based. Great stuff–not greasy or ghostly white.